You have probably heard of the “stages of grief.” Well, this week I am firmly planted in the denial stage.

I sat in front of my computer screen loaded with the page featuring the rustic chic house we had rented on the Spanish island of Formentera for the last half of July. I have not been able to bring myself to click “cancel” just yet, but the rational half of my brain knows it is coming. The gumption to press the button.

Until said gumption is mustered, let’s live blissfully in denial shall we? I have discovered that I am my best self when I am in Europe. It doesn’t really matter: Italy, Spain, France; they are all completely divine to me. Stephane and I routinely sit together plotting our permanent escape to some charming Mediterranean village. This week’s destination: Rome.

I have channeled my inner Audrey Hepburn: I have donned lipstick and a head scarf and have whipped up aperitivo every night. Hop on your imaginary vespa and come along to an ivy canopied, cobbled terrace on Via Margutta and pull up a chair next to Gregory Peck. Things might as well be delicious while we are slowly going insane.

Carciofi alla Guidia
aka: fried artichokes recipe adapted from The Gourmet Cookbook by Ruth Reichl
There is nothing better than a cold drink and a salty snack at aperitivo hour in Roma. This recipe is not as scary as it looks. Artichokes are pretty forgiving. Try not to overcook them the way I did. If you can find baby artichokes, that would be ideal. I halved the original recipe since it was only for 2 people and a dubious small person.

Leave artichoke stems attached. Cut off top of one artichoke. Bend back outer leaves until they snap off close to the base; remove and discard several more layers until you reach the pale yellow green leaves. Trim the dark green fibrous parts from the base and side of artichoke with a sharp knife. Trim 1/4″ from the end of the stem and cut the artichoke into 6 wedges. Cut out the purple leaves and the fuzzy choke. Rub all cut surfaces with lemon as they turn brown quickly. Prepare the second (or remaining) artichoke in the same way.

Heat 1 3/4″ inches oil in a 4 quart deep heavy saucepan over moderate heat until thermometer registers 220 degrees. Add the artichokes and simmer, occasionally stirring gently, until tender, about 12-15 minutes. Transfer to paper towels to drain. (See how my artichokes are a little burned dark, I did this step with oil that was too hot).

Heat oil until thermometer registers 375 degrees. Fry artichokes in 2 batches (4 if you have more artichokes) gently stirring/ flipping until leaves are curled, browned, and crisp, 30-40 seconds per batch, then drain well on paper towels and season with sea salt. I like a squeeze of lemon over mine. Buon appetito! 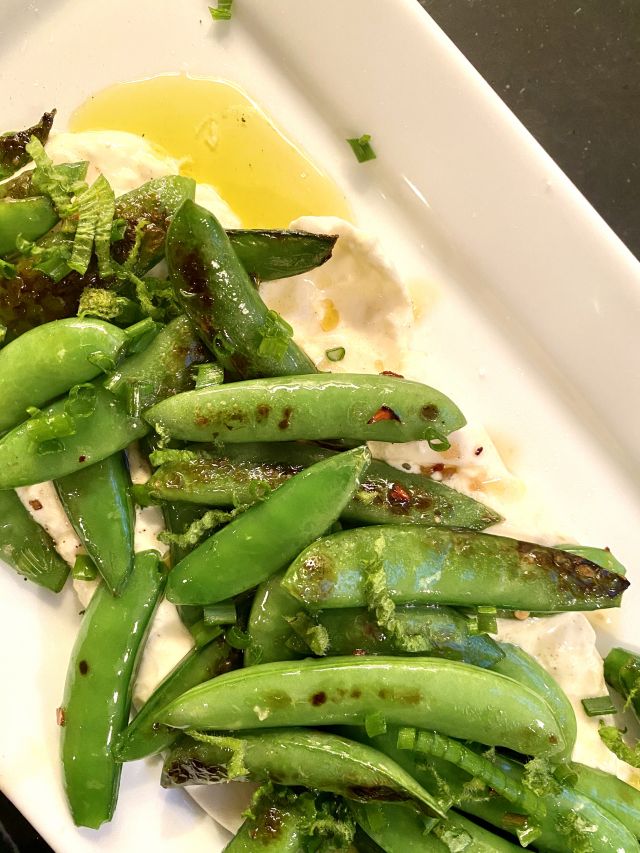 I could eat small plates of various flavorful things most nights for supper. This recipe calls for a bread crumb topping that I am sure would add a great crunch, but after I fried those artichokes, I didn’t have it in me. I topped this off with a drizzle of Frankies Olive Oil, a squeeze of lemon, and some chopped mint and chives (parsley or basil would also be good choices). Instead of the bread crumb step, we toasted some crusty bread for sopping up the burrata goodness. 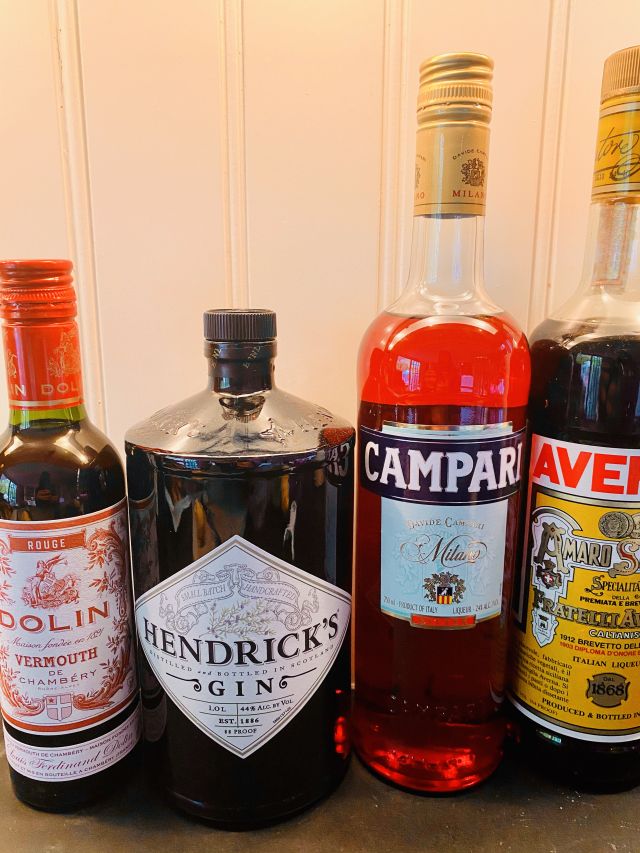 Of course, we need a cocktail for our aperitivo. Negronis are my very favorite. I consulted my all-star Wine Enthusiast awarded neighbor, Massimo Tullio, who owns the three best restaurants in Westport for a solid recipe. He also hails from a real deal Napolitano family, so I know he is not messing around.

Stir together and pour over ice with a an orange twist. Since Massimo is a perfectionist, he loaned me a silicone tray for making those huge Brooklyn hipster ice cubes. It really did make a difference. Salut! 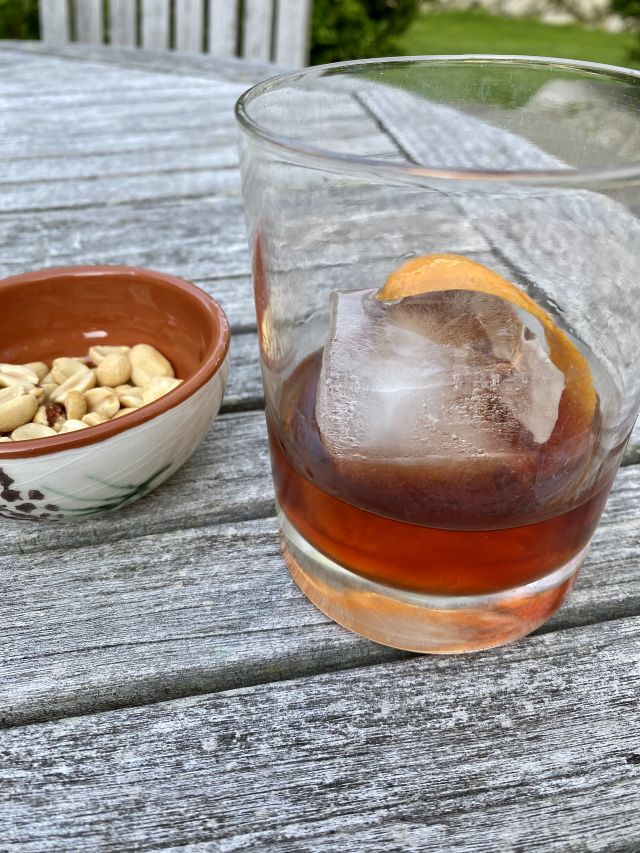 In case you like a little mood music to accompany your cocktail hour, I found this delightfully cheesy mix of Italian songs on Spotify.

Also, while you are pretending to be on holiday, this is a great list of escapist summer reads recommended by the Atlantic.

I plan to spend the rest of my denial phase taking in several movies on this fantastic listof films set in Italy put together by Conde Nast Traveler. Buon viaggio… 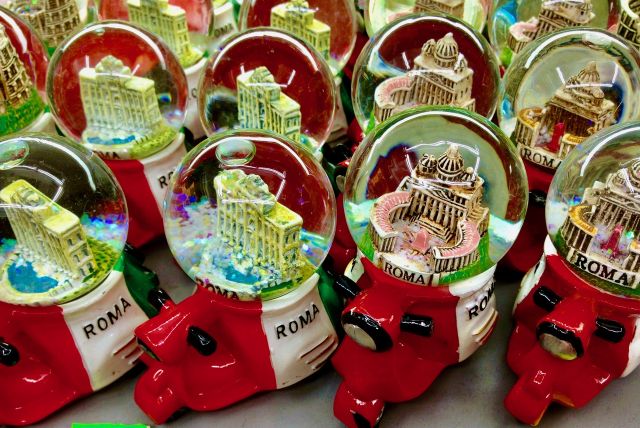 Previous posts can be found HERE.